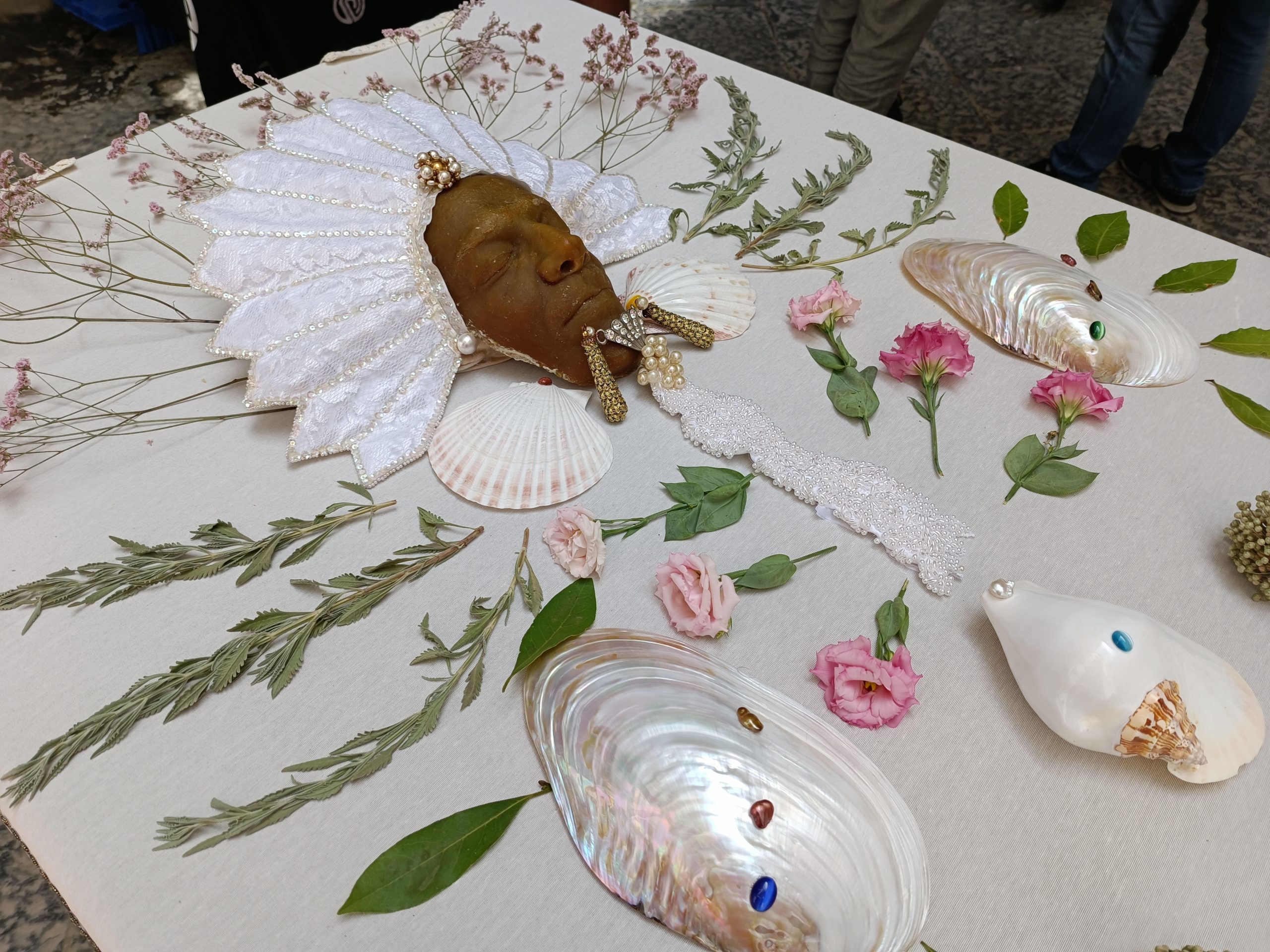 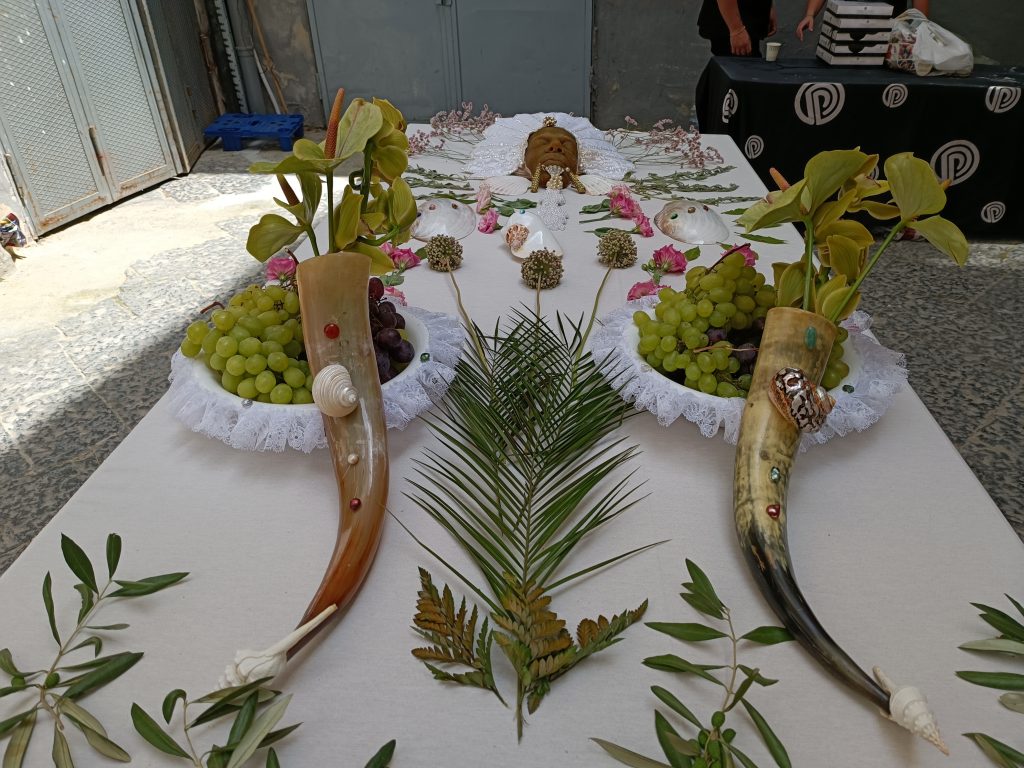 The focal point of Elettrico’s installation, partly inspired by the saga and also by the Greek funeral ceremonies, permeated by a sort of metaphysical aura, is represented by a festive table, a symbol of integration, sharing and joy, a starting point for weaving a new story. The table created for the Ipogeo dei Cristallini refers to a cyclical game between life and death but also between natural and supernatural.

It slowly turns into a garden, symbolizing a hopeful prophecy for the future. It celebrates the continuous renewal of life, in a cycle in which humans live in harmony with Mother Nature.