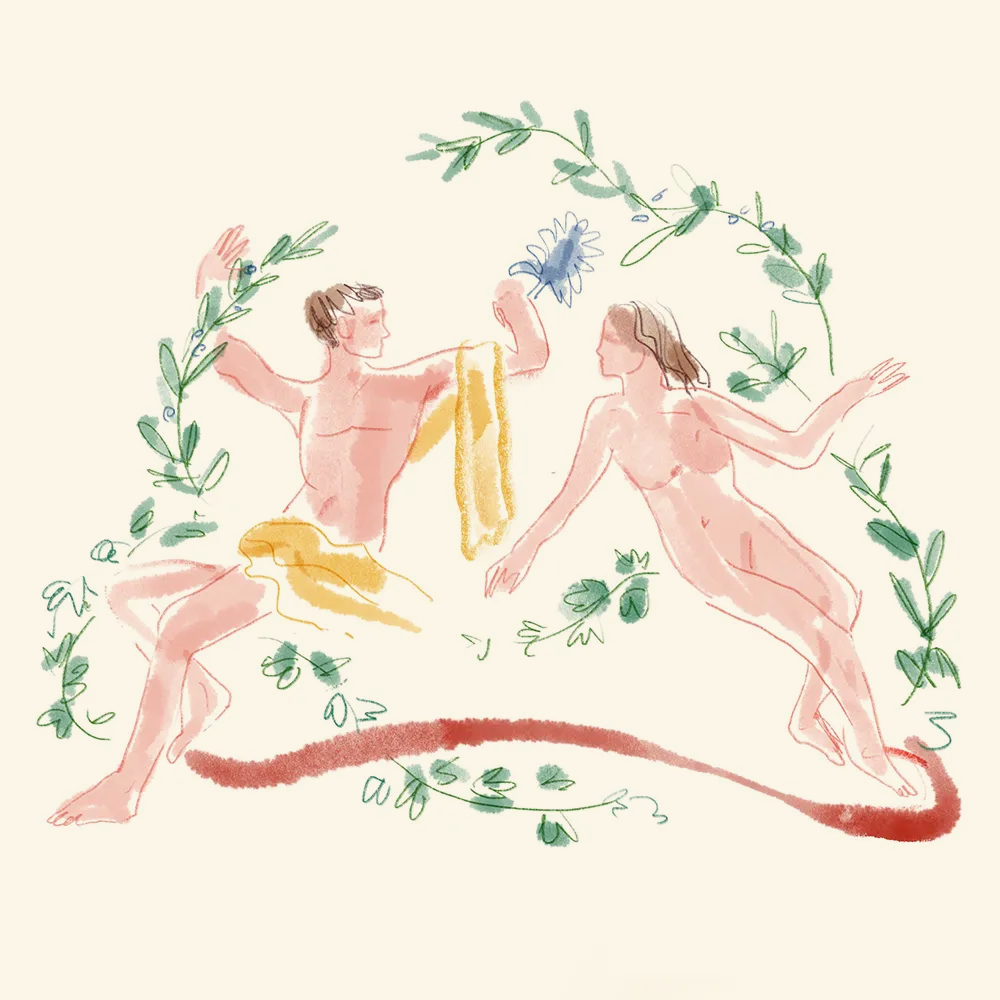 Dionysus and Ariadne are the protagonists of the Ipogeo dei Cristallini. The logo of the Ipogeo dei Cristallini is in fact inspired by an exceptional detail, a small, almost hidden drawing preserved on the wall of Hypogeum C: to the left of the candelabrum, a large golden patera is depicted in life-size at the top, illusionistically hung on the wall.

The outside of the cup has a decoration where the two semi-reclining figures can be seen looking at each other, in a nuptial attitude. A wonderful love story, which still makes them alive and close to us today.

A scene of hierogamy that makes the crystalline hypogeum even more fascinating.

The figures of Dionysus and Ariadne are incredibly connected to a diadem found in the Metropolitan Museum in New York and evoke forms of mysterious religiosity.

On a symbolic level, the position of the decoration and its rarity in the context of the hypogea present in the city of Naples, where ornamental elements of a structural and vegetable type predominate, make it an identity sign.

Ariadne, princess of Crete, is the daughter of King Minos, abandoned by Theseus, she is saved and consoled by the love of the god Dionysus who brings her immortality as a gift. She thus becomes a symbol of mystical union with the god and a witness to the salvation due to her love for her.

The Crystalline hypogeum also reveals the presence of ancient initiatory cults in the Valley of the Dead area: a funerary Dionysian cult, in particular, attributable to sects and communities of initiates. One more mystery in the bowels of the city.